As a believer, I love the Easter season. As a not-so ‘politically correct’ Christian I’m not so much into chocolate bunnies and eggs.  Let me rephrase that: may it not even be imagined that I might be trashing chocolate in any of its many mouth-watering amalgamations–it’s just that they have no significant meaning for me in relation to having my sins forgiven and my life restored. Although, a therapeutic dose of chocolate goes a long way in alleviating many an ill. Isn’t that a proverb somewhere?

I also don’t expect most people to ‘get it’ the way I do. It’s up close and personal for me. You can’t really appreciate an oasis till you’ve been wandering around in the desert dying of thirst for a while.

As someone who really does believe the resurrection message I don’t think there could be a bigger picture of people coming face to face with Jesus, for the first time, in a tangible telling way than that of the two men crucified beside him.

Like most of us, they mocked at first. So much for a ‘no show’ God who never bothers to make an appearance when I need him most. What has God ever done for me? There was no reason for pretenses here.  And yet, one man’s heart softened and repented, while the other’s was filled with disdain and loathing.

The rest were nowhere near comprehending this. Some were  just in the crowd watching with genuine curiosity; even compassion. Some were walking right on by, and some were forced a little nearer than they wanted to be–like the man who was made to carry the cross.

Perhaps, like the two thieves, the most critical place  to get to is ‘face to face’ with the cross and our own undoing.  No more excuses, no escape plans, not even the remotest possibility of earning any favor.  Just the opportunity to accept it . . . or not.

two are raised to hang and thresh
as silent from the ground is lifted
the hideous, grisly, shocking flesh
crusted, bleeding, seeping, sifted

and one would leave this cold world railing
not see the crimson ransom, dear
nor comprehend salvation’s failing
as the Father’s coming near

but one would suckle mercy’s breast
born of faith’s unfailing womb
and carried to eternal rest
be spared for ages come, the tomb 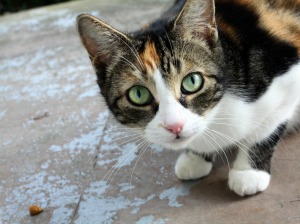 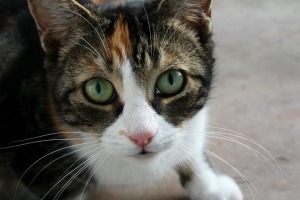